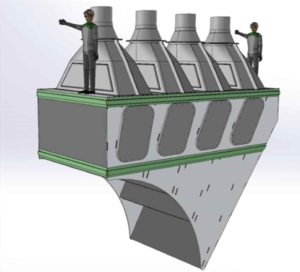 The Havkraft Wave Energy Converter (H-WEC) is the world-wide patented core in the Havkraft portfolio. All our concepts are powered by this unique converter with a leading ability to convert ocean waves into applicable energy.

The principal is unique, yet as easy as it gets. Air is pumped in and out of a turbine producing electricity. That’s it.

Different chambers in different depths and angles makes it possible to utilize a broad spectrum of frequencies in the ocean. That again means that you get more bang for the buck through many operating hours in a single machine.

The fact that the converters has no movable parts in contact with sea is a key to its success. Only pressurized air is pushed through the turbines. And the turbines even work in the same direction when the waves retract causing vacuum in the chambers. So basically the system breaths like a human for decade after decade.

The system is scalable to any wave spectrum, so it is possible to utilize each and every coastline on the planet for energy production tailored to the site’s wave recourses. Of course, sometimes it’s not wise to target either too small or too large waves. But in theory there is no limit, making it possible for all coastal operations and societies to put this solution into consideration in your electrification projects. That’s why we can target UNs Global Development Goals in every coastal region in the world.

Worried about not enough effect on site? Do not worry! Wave power is concentrated solar power and uses 30-50 times m2 less space that solar with the same output on an average site. The highly concentrated wave power makes it possible to reach any power goal, only limited to how many meters of absorbation width you are able to utilize. You soon get GWh from only a few meters on the right site!

The H-WECs can preferably be delivered as an integrated in our Powerpier-solution, which is delivered together with our close partners Marina Solutions and Ulstein Betong Marine. The converters can also be delivered as stand–alone units, which are possible to retrofit or integrate into ship hulls, barges, bridges, piers, fish farms and/or platforms. 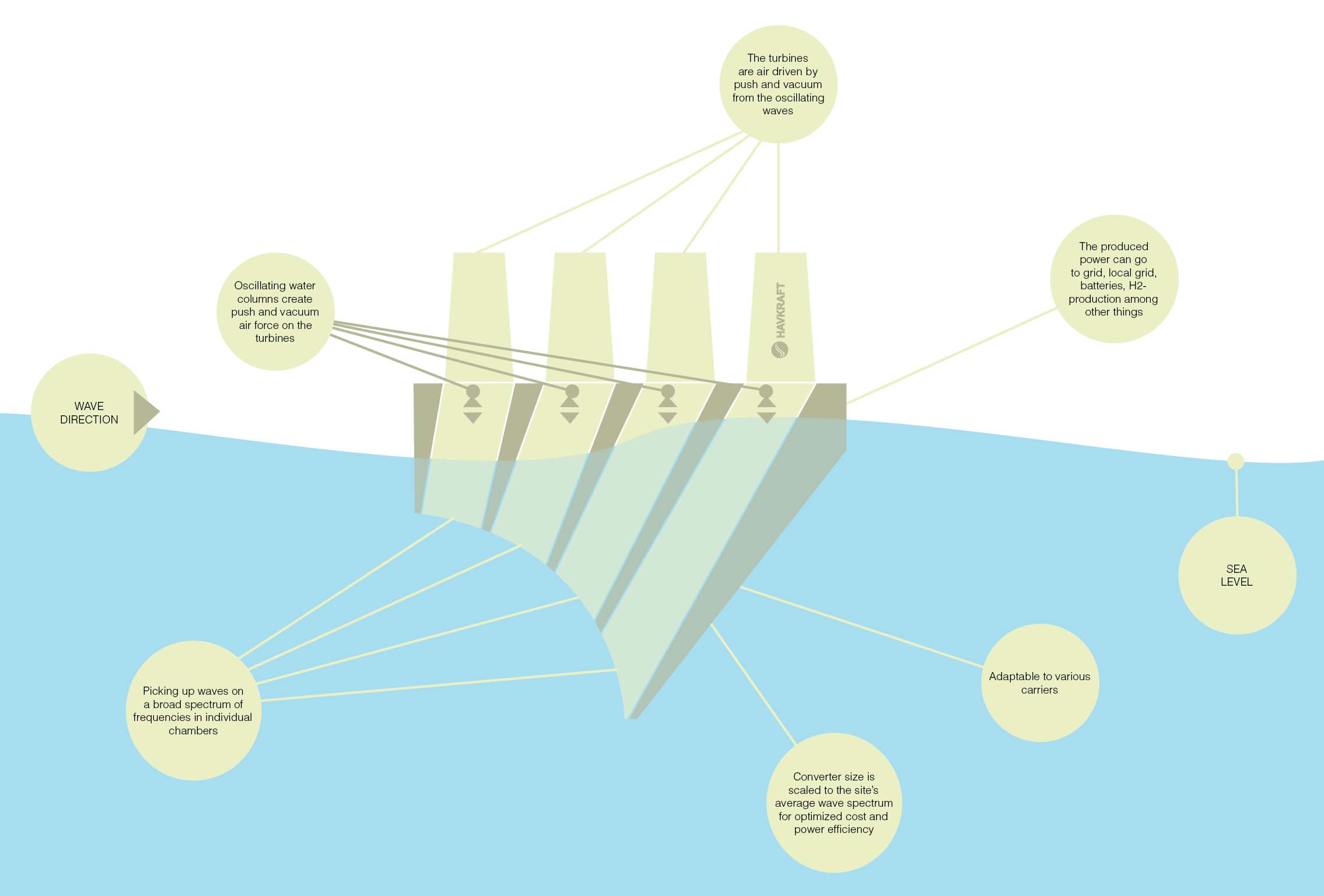